Hungarian culture has always been underrated. From its beautiful people to its interesting food, anyone who has visited Hungary has been fascinated by it and locals who are already in other parts of the world always longed for the place they call home.

It is why we created the Hungarian Summit, the first Hungarian American conference that aims to introduce Hungarian culture to Americans and allow Hungarians to get a taste of home despite being in the United States. This summit also aims to foster relationships between Hungarian and American communities.

The event will take place at the Museum of Arts and Sciences (MOAS) in Daytona Beach, Florida and it will run from May 12-14, 2022.

The three-day conference will include activities such as discussions, forums, presentations and entertainment that are all aimed towards letting people experience Hungarian culture with the help of local entrepreneurs while also allowing them to promote their businesses to a bigger market.

The highlight of this conference, however, will be the cultural experience that visitors can enjoy throughout the Hungarian Summit. Each day, Hungarian culture will be showcased through different forms of entertainment featuring artists from Hungary who made their mark on the global stage.

On the first day of the event, violin virtuoso Bernadett Nyari will serenade guests while enjoying the different wines of Hungary. Born in Budapest, Bernadett Nyari started playing the violin at 6 and eventually became a global phenomenon offering some of the best violin performances in over 90 countries around the world. She is also one of only a few musicians who can captivate audiences of all ages.

The world-class violinist will play the piece she performed to commemorate the 100th anniversary of the diplomatic relationship between the United States and Hungary. This performance will also be the official video of the Hungarian Summit. 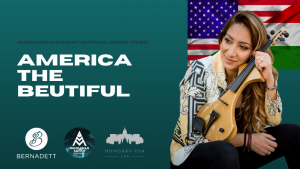 On day two of the Hungarian Summit, we will be meeting one of Hungary’s pride in journalism—Tvrtko Vujity. He established his career as a television reporter in Hungary and eventually became a writer where he won the prestigious Joseph Pulitzer Prize for journalism in Hungary. Vujity has published 15 books so far and made a name on the stories of Hell and Angelism. 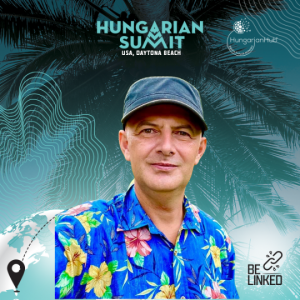 The last day of the Hungarian Summit will be packed with activities starting with the Toxikoma USA Premiere. The highly lauded Hungarian film is an adaptation of the chapter of Gyozo Szabo’s book “Toxikoma” and it became one of the most-watched movies in the country last year.

It will be shown on American soil for the first time and Director Gabor Herendi and Producer Gabriella Illes will be at the summit to introduce the film to the public.

The afternoon will begin with Meet Your Sports Heroes where visitors will have the chance to meet Hungary’s most popular sports stars including Olympics gold medal swimmer Dániel Gyurta, world championship water polo player Miklós Gór-Nagy and some of the members of the Hungarian national women basketball team.

World-famous water polo coach Dénes Kemény, a former Hungarian water polo player and president of the Hungarian National Men Water Polo Team will also send his message to his fans during the summit. Kemény is considered one of the most successful water polo coaches in the history of the Olympics.

The University Choir of Pecs

Ending the event is the performance of the world-renowned University Choir of Pecs who has been touring the globe and mesmerizing audiences with their angelic performances. Together with their conductor Prof. Tamas Lakner, the choir will serenade the guests at the Hungarian Summit with some of their most popular pieces that give a glimpse of the beautiful Hungarian culture and tradition. 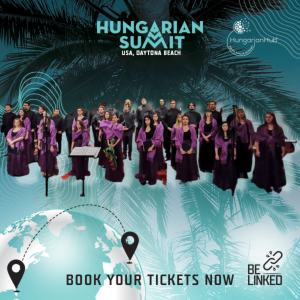 Be part of this historic Hungarian American event!

The Hungarian Summit will surely be three days’ worth of learning, exploration and entertainment where local businesses, artists and personalities are able to talk about the beautiful Hungarian culture, its traditions and its future in the modern age.

Bringing a taste of home to Hungarians living in the United States, this summit will be all about building business, community, educational and cultural relationships among Hungarians and Americans.

Part of the proceeds for this event will go towards helping the people of Ukraine survive and get back up after the devastation of the war. and we support the Early Learning Coalition Flagler and Volusia as well.

So, what are you waiting for? Purchase your tickets and experience a one-of-a-kind event where you get to enjoy good food, good culture, and good company.

Learn more about the program 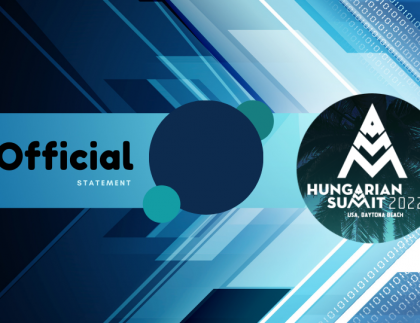 vamtam-theme-circle-post
Category Event, Marketing
Piros Pazaurek
2 Comments
Megpróbáljuk röviden megválaszolni a május 12-14. között a floridai Daytona Beach-re tervezett Hungarian Summit 2022...
Tags Magyarul
READ MORE

We use cookies on our website to give you the most relevant experience by remembering your preferences and repeat visits. By clicking “Accept All”, you consent to the use of ALL the cookies. However, you may visit "Cookie Settings" to provide a controlled consent.
Cookie SettingsAccept All
Manage consent

This website uses cookies to improve your experience while you navigate through the website. Out of these, the cookies that are categorized as necessary are stored on your browser as they are essential for the working of basic functionalities of the website. We also use third-party cookies that help us analyze and understand how you use this website. These cookies will be stored in your browser only with your consent. You also have the option to opt-out of these cookies. But opting out of some of these cookies may affect your browsing experience.
Necessary Always Enabled
Necessary cookies are absolutely essential for the website to function properly. These cookies ensure basic functionalities and security features of the website, anonymously.
Functional
Functional cookies help to perform certain functionalities like sharing the content of the website on social media platforms, collect feedbacks, and other third-party features.
Performance
Performance cookies are used to understand and analyze the key performance indexes of the website which helps in delivering a better user experience for the visitors.
Analytics
Analytical cookies are used to understand how visitors interact with the website. These cookies help provide information on metrics the number of visitors, bounce rate, traffic source, etc.
Advertisement
Advertisement cookies are used to provide visitors with relevant ads and marketing campaigns. These cookies track visitors across websites and collect information to provide customized ads.
Others
Other uncategorized cookies are those that are being analyzed and have not been classified into a category as yet.
SAVE & ACCEPT
Hungarian Summit KÉRDEZZ-FELELEKStudy, Live and Learn in Hungary! Scholarship opportunities at the expo